The Course UNDERPIN aims at bridging experts in statistical physics, statistics, dynamical systems and climate sciences to study persistent, high-impact climate extremes such as heatwaves, cold-spells and slow-moving cyclones. These events may be conceptualized as arising from situations where the large-scale atmospheric flow in the midlatitudes is extremely zonal or blocked and meandering. Traditional statistical extreme value techniques are only partly successful in characterizing extreme events as the result of extremely zonal or blocked flows: while they successfully define a framework to determine the probability of occurrence of events that are large or small with respect to some specific observables (e.g. temperature maxima or minima, precipitations, floods), they are not adapted to relate persistent or rare phenomena with the extreme regimes of the mid-latitude atmospheric flow.

To overcome this knowledge gap, UNDERPIN proposes to build a community of scientists working together towards a new formalism based on a decomposition of the atmospheric circulation patterns in multiple scales where the definition of extreme events as rare recurrences of high dimensional systems is easier. The main result that we expect to obtain in UNDERPIN is the identification of typical scales where these events are triggered and whether climate change or atmospheric variability change the typical magnitude/persistence and probability of these phenomena. We will also address the problem of the mathematical formalization of the obtained results: that is, we will leverage the numerical results to derive a general framework for the statistics of recurrences of non-stationary systems.

The members of UNDERPIN come from different horizons (physics, statistics and mathematics). They have already written several papers leading to a better understanding of physical processes via a rigorous mathematical formalism. We would like to continue and reinforce this interdisciplinary and international collaboration through this international workshop and train a new generation of students with interdisciplinary expertise in extreme climate events.

The project UNDERPIN is founded by the CNRS MITI: The main objectives of the Mission for Transversal and Interdisciplinary Initiatives (MITI) are to support interdisciplinary research programs and transversal initiatives within the CNRS, to organize prospective symposia and to coordinate transversal business and technology networks. 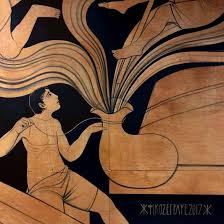 According to legend, Erice, son of Venus and Neptune, founded a small town on top of a mountain (750 metres above sea level) more than three thousand years ago. The founder of modern history — i.e. the recording of events in a methodic and chronological sequence as they really happened without reference to mythical causes — the great Thucydides (~500 B.C.), writing about events connected with the conquest of Troy (1183 B.C.) said: «After the fall of Troy some Trojans on their escape from the Achaei arrived in Sicily by boat and as they settled near the border with the Sicanians all together they were named Elymi: their towns were Segesta and Erice.»

This inspired Virgil to describe the arrival of the Trojan royal family in Erice and the burial of Anchises, by his son Aeneas, on the coast below Erice. Homer (~1000 B.C.), Theocritus (~300 B.C.), Polybius (~200 B.C.), Virgil (~50 B.C.), Horace (~20 B.C.), and others have celebrated this magnificent spot in Sicily in their poems. During seven centuries (XIII-XIX) the town of Erice was under the leadership of a local oligarchy, whose wisdom assured a long period of cultural development and economic prosperity which in turn gave rise to the many churches, monasteries and private palaces which you see today. In Erice you can admire the Castle of Venus, the Cyclopean Walls (~800 B.C.) and the Gothic Cathedral (~1300 A.D.).

Erice is at present a mixture of ancient and medieval architecture. Other masterpieces of ancient civilization are to be found in the neighbourhood: at Motya (Phoenician), Segesta (Elymian), and Selinunte (Greek). On the Aegadian Islands — theatre of the decisive naval battle of the first Punic War (264-241 B.C.) — suggestive neolithic and paleolithic vestiges are still visible: the grottoes of Favignana, the carvings and murals of Levanzo.  Splendid beaches are to be found at San Vito Lo Capo, Scopello, and Cornino, and a wild and rocky coast around Monte Cofano: all at less than one hour’s drive from Erice.

The Ettore Majorana Foundation and Centre for Scientific Culture

The Ettore Majorana Foundation and Centre for Scientific Culture is named after an outstanding Italian physicist. Born in Sicily in 1906, Ettore Majorana’s breadth of vision and exceptional contributions to theoretical physics moved Enrico Fermi to the following statement: «There are many categories of scientists, people of second and third rank, who do their best, but do not go very far. There are also people of first-class rank, who make great discoveries, fundamental to the development of science. But then there are the geniuses, like Galilei and Newton. Well, Ettore Majorana was one of them». Every year since 1963, authors of new discoveries and inventions come to Erice; 102 of them were awarded the Nobel Prize after their participation in the Ettore Majorana Schools and 49 were already Nobel laureates when they started to take part in the Centre activities. These scientific world leaders teach to students from all over the world who are eager to receive the latest knowledge directly from the mouth of its authors.

Embracing 136 Schools, covering all branches of Science, the Centre is situated in the old pre-mediaeval city of Erice where four restored monasteries (one of which was the residence of the Viceroy of Sicily during the XIV and XV Centuries) provide an appropriate setting for high intellectual endeavour. These ancient buildings are now named after great scientists and strong supporters of the ‘Ettore Majorana’ Centre. The San Francesco Monastery (former Viceroy’s residence) is now the Eugene P. Wigner Institute with the ‘Enrico Fermi’ Lecture Hall. The San Domenico Monastery is now the Patrick M.S. Blackett Institute with the ‘Paul A.M. Dirac’ Lecture Hall, ‘Robert Hofstadter’ Lecture Hall and ‘John von Neumann’ Lecture Hall. The San Rocco Monastery is now the Isidor I. Rabi Institute with the ‘Richard P. Feynman’ Lecture Hall, the Directorate and the main Secretariat of the Centre. The ‘Ciclope’ is now the Victor F. Weisskopf Institute with the ‘John S. Bell’ and ‘Richard H. Dalitz’ Lecture Halls. There are living quarters in all four Institutes for people attending the Courses at the Centre. The Polo Sismico, the first worldwide Network of Seismological Detectors (1981), is located in the I.I. Rabi Institute. The ‘Paul A.M. Dirac’ Museum is situated at the Patrick M.S. Blackett Institute.