Modeling of hydrogen production by serpentinization in ultramafic-hosted hydrothermal systems: application to the Rainbow field 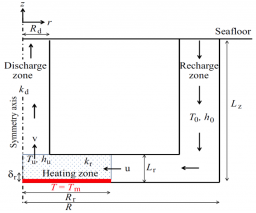 Fig. 1. Configuration of the single-pass geometry used to model the Rainbow vent site.

The production of hydrogen by serpentinization in ultramafic-hosted hydrothermal systems is simulated by coupling thermodynamic and dynamic modeling in the framework of a thermo-hydraulic single-pass model where a high-temperature hydrothermal fluid moves preferentially through a main canal of high permeability. The alteration of ultramafic rocks is modeled with a first-order kinetic formulation, wherein the serpentinization rate coefficient, Kr, takes the form: Kr = A exp(-α(T-T0)2). In this formulation, α determines the temperature range of the reaction and T0 is the temperature at which the serpentinization rate reaches its maximum. This model is applied to the Rainbow hydrothermal system, which is situated on the Mid-Atlantic Ridge, and characterized by a high temperature, a high mass flux, and a very high hydrogen concentration. The results show that a first-order kinetic law gives a useful representation of the kinetics of serpentinization. The estimated value for the parameter A in the temperature-dependent formulation of the serpentinization rate coefficient lies in the range (1–5)x10-11 s-1. This effective parameter is several orders of magnitude lower than the values obtained from small grain-size experiments, but in agreement with other published modeling studies of natural systems. Numerical simulations show that the venting site is able to produce the observed high concentration of hydrogen during the whole continuous lifetime of the Rainbow site.